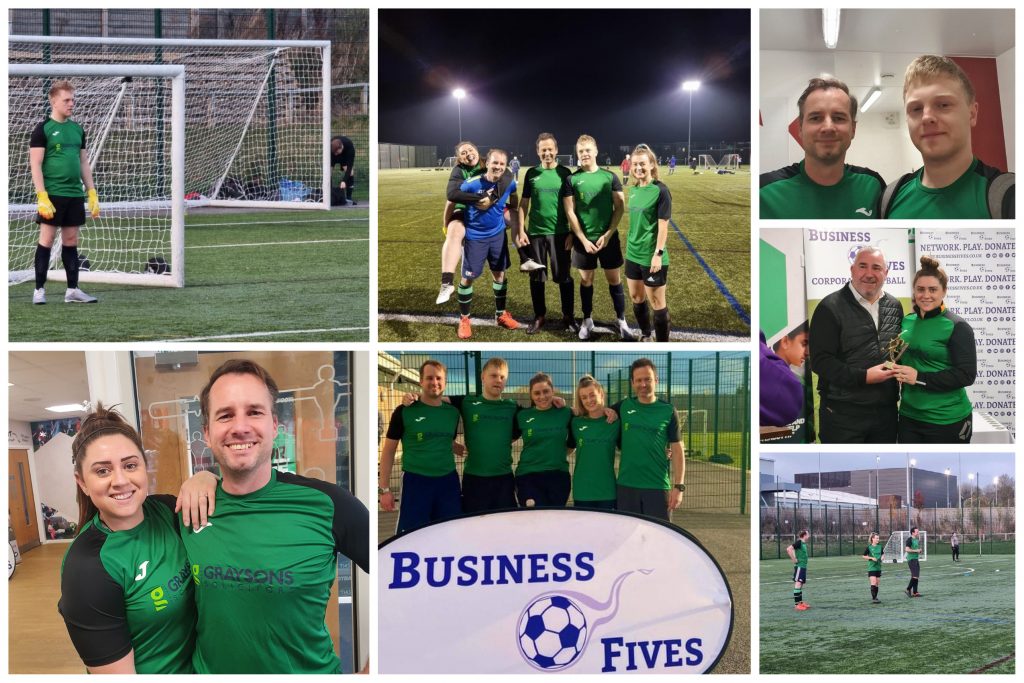 Joshua Davies, Katie Birch, Chris Shaw, Rob Burton, Natasha Lindley (Tash) and Ben Bailey donned their football boots and took to the pitch for the ‘Business Fives’ five-aside tournament, in which they played against other businesses from Sheffield.

Joshua and the team took part in the competition in aid of charity, raising money for Sheffield SANDS – the stillbirth and neo-natal death charity, of which our senior private client advisor, Laura Cowan, is chair.

Graysons had the smallest squad in the competition, with no substitutes, so had a lot of running about to do.  It paid off, with Katie Birch winning player of the match (shown above centre right) and one of the goals scored by Joshua Davies from behind the half way line!

If you would like to support our team and make a contribution to Sheffield SANDS, you can do so on JustGiving here.