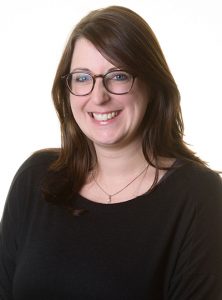 The surcharge, which was proposed in the Conservative party election manifesto, will come into force in April 2021.  It is, however, lower than the three percent that was originally proposed by the then prime minister, Teresa May, in 2018.

The change will mean that all non-UK residents purchasing residential property will pay at least two percent stamp duty – no matter what the cost of the property or whether they are first time buyers or not.  It is also likely that many overseas buyers will also be subject to the existing three percent surcharge payable on second homes and buy to let properties that was introduced in the 2015 autumn statement.

If the purchaser becomes a UK resident after the purchase, it is likely that they will be able to reclaim the stamp duty paid.

Conveyancer, Katie Bacon, said: “It’s likely that this will affect the London property market in the main, but there will also be some impact in Sheffield and other larger cities where non-UK residents are purchasing property, where I would expect to see a short term increase in non-UK residents completing their purchases before the surcharge comes into play next year.”

There were no other changes to stamp duty land tax in this year’s budget.

Visit our website for a free instant quotation on buying or selling your property.  You can also find out much more about buying and owning houses, property and land here.