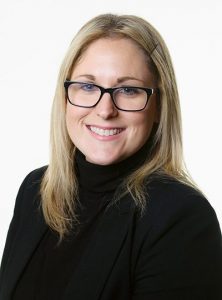 Maria Woods of Hull was on a weekend break in Durham city centre with her fiancé.  They were walking to the coach that was to take them back to their hotel and called in at the Slug and Lettuce pub on the way. Before they left the pub, Maria visited the ladies’ toilets.  As she sat on the toilet seat, she felt a sharp stab in her back and a searing pain in her bottom.  She put her hand to the pain and found it covered in blood.

Injured at a pub

In shock, and unsure what had happened, Maria noticed that the metal toilet roll cover had come down from the wall. She realised that this is what had hit her back and cut her.  She was very upset and in excruciating pain.  She returned to her fiancé in tears and he asked to see a manager to get some first aid.   The manager was very helpful.  He completed an accident form and provided a first aid kit.  He took the couple to the staff quarters where Maria’s fiancé put a dressing on her injuries.  Maria took the manager to the ladies’ toilet and showed him where her injury had happened. He locked the door of the cubicle so no one else could use it.  He also gave Maria a bottle of champagne and said he would ring her during the week to see how she was.

Maria returned to the bus distraught and in agony. She had to endure pain all the way home. Her weekend had been thoroughly spoiled. When she returned to work the following Monday, Maria was still in pain and hardly able to sit down.  She was bruised and cut. She struggled sleeping and had to take painkillers for several days.

Maria suffered pain for several weeks.  The cut healed within around three weeks but has left a permanent scar.  The pain and stiffness in Maria’s lumbar region lasted around three months.

Maria contacted Graysons to see if she could claim compensation for the accident, which was not her fault.  Tracey took up her case and contacted Stonegate Pub Company Limited (the defendant), which owns the Slug and Lettuce, claiming breach of section two of the Occupiers’ Liability Act 1957.  The defendant denied liability and an offer from Tracey to settle the case was refused, so she issued court proceedings.

The case was heard at the Kingston upon Hull County Court, with the defendant continuing to deny liability.  The judge found in favour of Maria and awarded her £4,100.  Maria was delighted with the outcome saying Graysons had provided an “excellent service all round”.

If you have had an accident in a public place and would like to know if you can claim compensation, please contact our experts now.  We will arrange a free of charge expert in which we can discuss your case and its prospects of success.  You can also find out more about making a claim for a personal injury on our web pages.