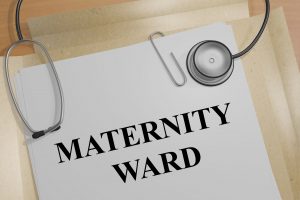 The review was led by Donna Ockenden, a senior midwife.  It looked at almost 1600 clinical incidents and examined cases that involved almost 1500 families between 2000 and 2019.  It found that failures by the trust resulted in stillbirths, babies dying shortly after birth, babies being left with severe injuries as well as the unnecessary deaths of mothers.  The report says that 200 babies and nine mothers would have survived if not for the trust’s failings.

Ms Ockenden says that the reasons for the trust’s failures are clear: “There were not enough staff, there was a lack of ongoing training, there was a lack of effective investigation and governance at the trust and a culture of not listening to the families involved. There was a tendency of the trust to blame mothers for their poor outcomes, in some cases even for their own deaths”.

The family of one woman who died in childbirth in 2002 spoke to Ms Ockenden and said that they felt that the trust blamed the mother and her husband for her death because had she “not got pregnant, she would not have died”. The trust had not investigated the death because it had deemed her care was appropriate.  In agreeing that the pregnancy was high risk, the review says that there were “missed opportunities” and a “lack of understanding” regarding the woman’s condition.

In addition to speaking to the families involved, the Ockenden review also included surveys and interviews with current and former members of staff at the trust.  The review team got the impression that the maternity unit didn’t like scrutiny from the trust, preferring to manage the service itself.  One member of staff said that there was a “republic of maternity”, where a “them and us” mentality existed between midwives and other staff and that this was to the detriment of mothers and babies.

The review also found that there was a “reluctance” to carry out caesarean sections at the hospital.  The interim review, which was published in 2020, found that the trust’s caesarean section rate was eight to 12 percent below the average in England.  One member of staff said that the trust was “very proud” of that statistic.   Another said the “culture” was the same in 2014 as it had been in the 1990s and that they had to do “everything to get a vaginal delivery” to “keep the C section rate low”.

NHS bosses say that a low caesarean rate doesn’t mean that a maternity service is unsafe and only last month the NHS wrote to hospitals to tell them to stop using “total caesarean section rates as a means of performance management” as it may lead to units pursuing targets that “may be clinically inappropriate or unsafe in individual cases”.  It appears that SaTH has not been alone in pursuing these low percentages as 2020/2021 figures show that there are five trusts where the caesarean section rate is lower.  These are Suffolk, South Tyneside, Bradford, Lancashire and Cornwall – all with a rate below 26%; Cornwall’s rate was around 15%.  The average rate in the UK at that time was 33.5%.

The Ockenden Review found that SaTH had repeatedly failed in quality of care and governance over the last 20 years and that external bodies had also failed to monitor the trust effectively.   Hundreds of cases were found not to have had a serious incident investigation and there were cases of death that had not been appropriately examined. Where investigation had taken place, they did not meet the standards expected at the time and areas for improvement had not been identified.

Ms Ockenden said that it is astounding that the issues had not been “challenged internally” and that the trust had not been “held to account by external bodies”, highlighting a “systematic change needed locally and nationally”. She said that serious incidents were even downgraded “inappropriately in order to avoid external scrutiny” and that the trust believed that its maternity services were good – “they were wrong”.  She found that the “continual churn” of SaTH’s executive team and board led to an “inability” to deliver improvement.

As well as finding 60 actions for learning by Shrewsbury and Telford Hospitals NHS Trust, the review recommended 15 immediate areas where action is needed in all maternity services across England.  These are:

Louise Barnett, chief executive of SaTH offered her ‘wholehearted” apology, saying that the trust is “very committed to our culture change programme” and that it had “made progress”, but has “more to go”. Health Secretary, Sajid Javid, said that those responsible for “these serious and repeated failures will be held to account”, that some people who were working at the hospital at the time of the incidents have already been suspended or struck off from the professional register and some members of senior management have “been removed from their posts”.

West Mercia Police has launched an investigation, looking at 600 cases, to see if there is evidence to bring criminal proceedings against the trust or any individuals involved.

The review has led to many people affected by maternity failings – some as recently as 2021 – not only at SaTH but across the country, contacting solicitors for help. 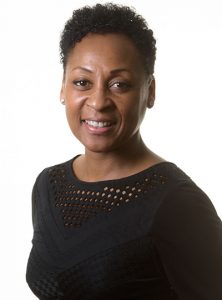 “This report is heart-breaking.  It is shocking that these baby deaths could have been prevented at Shrewsbury and Telford hospitals. Over the years it has been highlighted that maternity services have experienced a shortage of midwives. The midwives do need to be supported and their voices heard when they themselves identify failings and they should be encouraged to report these. It would seem that it is what happens at senior level that needs addressing. Safety of care is paramount to avoid such events occurring. It has a huge impact on the families affected as they struggle for the rest of their lives to deal with something that need not have happened in the first place.

Lessons do need to be learnt from this report; each trust needs to individually look at the care it is providing and improve that care so that families can start to regain confidence in the services being provided.

Recently, at a visit in October and November 2021, the Care Quality Commission (CQC) found that Sheffield Teaching Hospitals NHS Foundation Trust had failed to make improvements to services deemed necessary at its visit in March 2021, despite receiving warnings from the watchdog. The hospital inspectors uncovered repeated maternity failings and expressed ‘serious concern’ about the safety of mothers and babies using their services just days after the Ockenden report. The trust’s overall rating has been downgraded from ‘good’ to ‘requires improvement’. Again, devastating news that needs addressing urgently.

Families are now expressing concern and disappointment that a call for Donna Ockenden to chair the review of maternity services at Nottingham University Hospitals (NUH) NHS has been rejected, with the NHS trust chair, Julie Dent, being appointed.”

If you think that you have received substandard maternity care from any hospital and you wish to discuss your options, contact our medical negligence experts now.  You will be in excellent hands. We can discuss your case knowledgeably and with empathy, and you can be certain that the advice you receive is from lawyers with many years of experience in this field.  We will assess your case free of charge and advise on the potential success of your case. You can also get more information on our web pages about obstetrics & gynaecology claims.

You can read the full Ockenden Review here