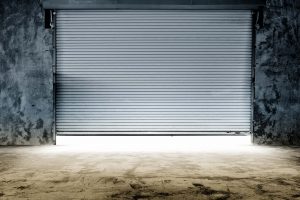 Steven Pearson of Rotherham, who has now retired, had worked for Cascade Water Systems Ltd as a maintenance fitter for about 19 months when the accident happened.  His work was carried out in a workshop, where he maintained drinks machines and filter systems for bars and pubs.

In order to get in and out of the workshop, Steven and his colleagues routinely used a heavy roller shutter.  The shutter had no lifting mechanism and had to be lifted by pushing it up using hands.

In December 2017, Steven left the workshop via the shutter to take his lunch in his car.  When he re-entered the workshop, he pushed the shutter up and immediately felt a sharp pain in his groin.  He had to lean on a workbench to catch his breath and a colleague asked if he was OK.  Steven was in severe pain and had to be taken to Rotherham hospital.  He was advised at the hospital that he had sustained a hernia and was told to see his GP after Christmas if it got worse as an operation might be needed.  The hernia seemed to get better over Christmas, but after about 12 months, it got worse, and Steven needed a hernia repair.  The operation was carried out in May 2019.

Steven contacted Graysons to see if he could claim any compensation for the accident, which he felt was caused by his employer’s negligence.

The employer denied liability throughout and would not negotiate.  It said that Steven should have used the main office door to get in and out, rather than going through a door without any handles. Steven said that it was common practice to use the shutter door and that the employer knew that people were routinely entering and exiting the premises this way.  The employer stated that there was a sign outside the door saying it was not to be opened from the outside.  However, Steven was able to provide photographs of a sign that simply informed people to ring the bell for collections and deliveries.  Using a scare tactic to try to put Steven off going to trial, the employer alleged that Steven was being dishonest and that the photographs he had produced had been of a sign that was underneath the instruction not to use the roller shutter and that the latter had been taken off to get the photograph.

Steven was referred to a consultant surgeon whose opinion was that the hernia was caused by lifting something heavy – i.e., the shutter door. 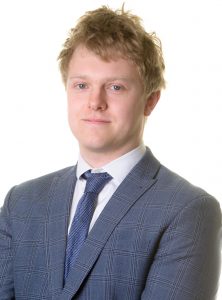 Graysons averred that the accident was caused by the employer’s negligence and that it had breached its statutory duty of care to Steven.  It failed in several ways to meet this duty, including its failure to:

Steven won his case at trial

Steven stood firm and went ahead with the trial in which he won almost £7,000.  The employer was left with a hefty bill – which could have been avoided had it been willing to negotiate. Steven said that he was very grateful for the advice given by Graysons and that it had backed his case, fully explaining the risks of taking his case to trial and allowing him to make an informed decision on whether to proceed.  He is very happy that he didn’t back down in the face of the employer’s scare tactics and is grateful for Graysons’ support in that.

If you have had an accident at work and would like to discuss your prospects of claiming compensation, contact our experts now.  Your first interview, in which we can assess your case, will be free of charge, and if we are able to take on your case, we will offer you a no-win, no-fee agreement.