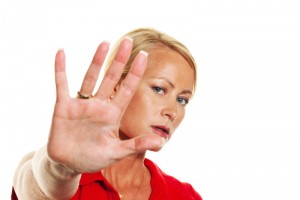 On the 29th December 2015 s76 of the Serious Crime Act 2015 came into force.  The new legislation creates a specific offence of controlling or coercive behaviour in a family relationship; the aim being to

“close the gap in the law around patterns of controlling or coercive behaviour in an on-going relationship between intimate partners or family members” (Home Office Statutory guidance Framework December 2015).

How is the controlling and coercive behaviour offence committed?

Under the new legislation a person (A) commits an offence if;

So, what does this mean in English?

The Home Office Statutory Guidance Framework December 2015 suggests that the types of behaviour associated with coercion or control may or may not form criminal acts in themselves, but such behaviour can include:

For this sort of behaviour to be caught under the legislation, it has to be “on-going” and therefore one or two incidents would not be enough to fall foul it; there has to be a pattern of behaviour occurring.

Once it is established that there is a pattern of controlling or coercive behaviour, it then also has to be demonstrated that such behaviour had a “serious effect” on the victim:  The legislation defines this as

“causing a person (B) to fear, on at least 2 occasions, that violence will be used against them or, causes the person serious alarm or distress which has a substantial adverse effect on the person’s usual day-to-day activities”

The perpetrator also has to “know or ought to know” that it will have a serious effect on B.  This is clearly very subjective and whether this definition is satisfied will be dependent on the facts of each case.

What is the punishment under the new controlling and coercive behaviour legislation?

Cases will be heard in the crown or magistrates courts and the perpetrator can be sentenced to up to 5 years in prison.  Compensation, conviction and restraining orders can also be made.

So does this close the gap that left some victims of domestic violence and abuse unable to protect themselves and get justice? Whilst this is clearly a welcome step in the right direction, and is another tool in the police’s box when it comes to dealing with the perpetrator, it is not clear whether the complex criteria within the legislation will fill the gap completely. 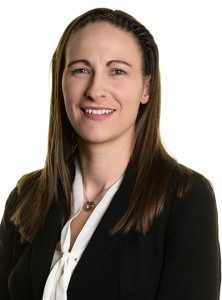 Graysons’ family solicitor, Bradie Pell, says “One of the crucial ingredients within this legislation is that it has to be shown that the behaviour had a serious effect on the victim and that the perpetrator knew or ought to have known that the behaviour would have a serious effect.  This is, of course, very subjective and wholly dependent on the facts and circumstances of each case.  There will no doubt be cases where this is very clear cut but there will be some that still sit in the ‘gap’ that this legislation intended to fill.  Only time will give us the statistics that we need to know if the legislation is working, but for the time being, it will certainly help some people to escape the pit domestic violence.”