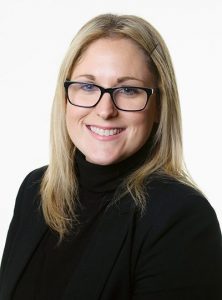 Mr Smith used the pavement along High Street, Alton regularly and, on the occasion of the accident, had parked outside Barclays Bank and walked a little way up the street to get some lunch.  When he walked back, he suddenly felt his toe catch on something and fell to the ground, with his left knee and arm taking the brunt of the fall.  He was dazed and shocked and did not immediately know what had caused the trip.  When he stood up, he saw that he had caught his foot on a raised utility cover just outside Clarks shoe shop.  An assistant from the shop came out and offered a seat and a glass of water. Mr Smith suffered bruising to his left knee and substantial pain and swelling, as well as bleeding to his right foot.  His right toenail fell off over the coming weeks.

Mr Smith contacted Graysons to see if he could make a claim against Hampshire County Council, as he felt that it had not properly maintained the utility cover and it presented a danger.  Tracey took up the case and contacted the council, claiming that the cover was in a hazardous condition, constituted a real source of danger and presented a tripping hazard. She claimed that the council had been negligent and was in breach of duty.

The council denied liability for Mr Smith’s accident, citing that the area was subject to monthly walked inspections consistent with Alton County Council’s requirements for a class ‘C’ road.  The council’s defence said that Mr Smith had:

It transpired that the council had received a report of a defect in the same place about two weeks before Mr Smith’s accident, at which time it had noted the raised cover.  However, at the monthly inspection, which took place the day after this report, no defect was noted. Tracey claimed that the council, therefore, knew there was a defect and its inspector had either missed it or no action had been taken.

Upon inspection of the cover, the council found it to be raised by 15mm but said that it does not become a safety defect until it is raised by 25 to 30mm.

After Mr Smith’s accident, a street works contractor told the council that the cover was “high causing a trip hazard”, but no further inspection was made by the council until the next monthly inspection: around two weeks after the report from the street works contractor.  Mr Smith visited the site himself a month after his accident and the cover was still raised and marked with a white cross.  It remained like that for some time, and it is understood that it was not repaired until around four months after the accident.

If you have had an accident and would like to know if you can claim compensation, contact our experts now.  We will look at your case, free of charge, and let you know if we can help.  You can also find out much more about claiming compensation for personal injury on our web pages.