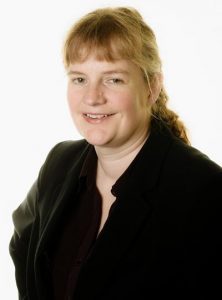 Mr C had been employed by three mining companies from 1977 to 1996.  He had worked on the coal face and tunnelling and roadway work and was exposed to coal and stone dust. He continued working in other roles after that time. A chest xray in 2009 returned an abnormal result, but it wasn’t until 2016 when he had noticed chest pains that he was diagnosed with 5% pneumoconiosis.  He was able to make a successful COPD claim following the British Coal respiratory disease litigation.

He contacted DAST (Derbyshire Asbestos Support Team) for assistance and the team there recommended that he contact Belinda to see if he could claim compensation.

Belinda pursued the employers and, although all three admitted employment, they fought the claim vigorously, and Belinda had to obtain a range of evidence from different medical experts regarding the claim.  The case was made more complex as Mr C suffered psychological complications  as a result of his breathing conditions.

Belinda issued court proceedings and the hearing date was set.  However, she continued to negotiate with the defendants and was eventually able to agree a settlement with the three companies before the case went to court whereby Mr C was awarded over £13,000 on a provisional basis.  The agreement left him (or his beneficiaries if he died) able to bring a further claim if he developed any of lung cancer, autoimmune disease, tuberculosis or pneumothorax in the future, all of which could be related to his case.

If you wish to discuss the possibility of making a claim for a chest-related injury that you believe is related to your work or any other type of industrial illness or injury, contact our experts now.  We will assess your case, free of charge, and let you know the chance of success of your claim.  You can also find out more about making a claim for a chest-related illness on our web pages.