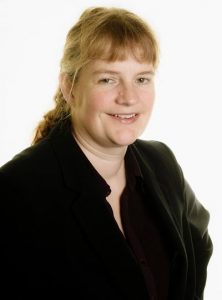 The man started work in 1958 when he was 15 years old.  For the first six or seven years, he worked for companies at which he was not exposed to any asbestos.  Then, during the 60s, 70s, and 80s he worked for various companies as a steel erector. Most of the time he was carrying out plant installation at collieries, power stations, quarries and cement works.

Exposure to asbestos during 60s and 70s

Whilst there were some periods during this time when Mr B did not work in places where he was exposed to asbestos, most of his work during the 60s and 70s exposed him to large amounts of asbestos.  He was close to large amounts of dust when asbestos was being mixed with water and when pipes and plant were being lagged, and when he was involved in the removal and cutting of asbestos and asbestos sheets.

Mesothelioma due to exposure to asbestos

Mr B was not given any warnings about the risks of exposure to asbestos during his time working for these companies, nor was he provided with masks or overalls.  He wore his own clothes.

Mr B did not work in any places where he was exposed to asbestos after 1980 and he finished full-time work in 2016, after which he worked a couple of days a week.  He started to get breathless in the summer of 2015 and at first, put it down to old age and the side effects of medication that he was taking.  When he developed chest pains in 2016, he visited his GP and was referred to hospital, where he was diagnosed with mesothelioma.  He now gets out of breath on exertion and suffers pains in his back and shoulders.  He is unable to continue working two days a week – which he expected to do until he was 75 years old – and cannot carry out many of the tasks he previously did, such as gardening, window cleaning and other household chores.

Graysons pursues one of previous employers

Mr B was referred to Graysons by Derbyshire Asbestos Support Group who believed that he would be able to claim compensation.  In mesothelioma cases, it can be difficult to pursue all previous employers and so compensation can be claimed from just one. As some of Mr B’s previous employers had gone out of business, Graysons was able to negotiate a settlement of £155,000 from just one of them, and Mr B was very happy with this.

If you are suffering as a result of exposure to asbestos during your working life, contact our experts now.  We will make a free of charge appointment for you in which we can discuss your case and the likelihood of success in claiming compensation. You may also be able to claim compensation if a member of your family has died due to exposure to asbestos. You can find out more about claiming compensation for asbestos-related diseases on our website.