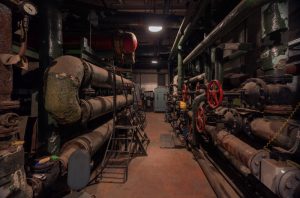 Many years’ exposure to asbestos

The man was born 1931 and died in 2016, part way through Graysons’ handling of his claim.  He had worked for many years, from 1947 to 1989 (when he retired) in the steel and shipbuilding industries, where he had been exposed to asbestos and asbestos dust.  He had worked in boiler rooms and blast furnaces, where asbestos was present, had stripped asbestos lagging from locomotives, boilers, valves and pipes and had been exposed to asbestos dust when sweeping the remains of powdered asbestos that was used for re-lagging when mixed with water, as well as when cleaning the dust from his overalls.

In the summer of 2014, the man started to suffer chest pains.  A CT scan showed an irregular suspicious mass in his lung and calcified plaques on both sides of the chest.  A biopsy revealed lung cancer, but due to his age and poor health he was not treated with chemotherapy. Aware that his lung cancer would be terminal and remaining in poor health after this until he died in 2016, he received palliative care.

Exposure to asbestos contributed to death

Asbestos claims are always tricky to deal with, as it has to be demonstrated that asbestos exposure more than doubled the risk of lung cancer.  In this case, the man was also a moderate smoker so contributory negligence was a factor.

Belinda has many years’ experience of dealing with asbestos related cases and, citing the various appropriate acts and notices, was able to argue that the various employers breached their statutory duty to the man and did not provide a safe place to work.  She argued that the employers knew, or should have known, the dangers of exposure to asbestos and asbestos dust and that the man should have been protected against them by way of extraction plant, ventilation equipment or dampening the fibres and the provision of personal protective equipment, and so proved that their negligence contributed to his death.

The man’s brother said that, despite the system meaning that the claim took some time to come to a conclusion, Belinda did a fantastic job and kept him well informed.

If you want to discuss making a claim for an asbestos related disease, contact our experts now to make a free of charge appointment.

You can find out more about asbestos related claims on our web pages.