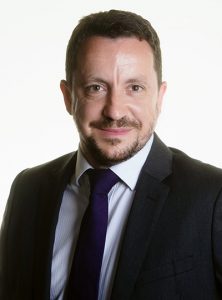 Whilst the government has made it clear that it will not be making substantial amendments to the award, it has announced two changes: one to its value and another to the category of people who are able to make a claim.

What is the statutory bereavement award (damages)?

Under the Fatal Accidents Act 1976, the bereavement award is a type of personal injury compensation that is paid to certain people when a close relative dies due to the fault of another person.  APIL believes that the award is discriminatory as, in Scotland, the award is based on a case by case system and there is no limit to the amount that can be claimed, and in Ireland, the award has been £15,100 for some time.  The bereavement award is separate from the claim that can be made for dependency damages under the Fatal Accidents Act, which allows a dependent to make a claim for what the deceased would have contributed to the dependent but for his/her death.

How much is the bereavement award in England and Wales?

Who can claim the bereavement award?

At present, only the husband, wife or civil partner of the deceased, or the parents of a person under the age of 18 can claim the award.  If the child is legitimate, both parents can claim, although the total award paid is capped at the statutory amount, no matter how many people claim.  However, if the child is illegitimate, only the mother can make the claim.

Changes are likely to come into place in June or July 2020, following publication of the draft Remedial Order to the Fatal Accidents Act 1976, which will allow cohabitees to receive the bereavement award.  However, despite pressure from APIL, the government has limited the meaning of a cohabitee to be someone who has been:

What prompted the change to include cohabitees?

The case of Smith v Lancashire Teaching Hospitals NHS Foundation Trust and the Secretary of State for Justice (2017) was the catalyst for change in relation to the bereavement award.  In this case, Miss Smith had lived with her partner, Mr Bulloch, for 11 years before he died.  Even though the defendants admitted negligence, she was unable to claim the bereavement award as the couple was not married or civil partners.  She pursued her case through the courts and the Court of Appeal found that the relevant part of the Fatal Accidents Act 1976 that deals with the bereavement award, was incompatible with the European Convention on Human Rights.

Will the system be fairer?

As well as recommending that cohabitees should be able to claim the bereavement award, the Court of Appeal in the Smith case also raised the issue that other classes of claimants should be allowed.  However, there are no plans by the government to extend the bereavement award to other relatives, such as those who can claim for loss of dependency under the act, including:

In its response to the government’s changes to the Fatal Accidents Act, APIL points out that the changes do not go far enough, and that insisting that a cohabiting couple must have lived together for at least two years is disappointing.

“Many personal injury lawyers such as myself feel that the statutory award does not adequately compensate for the loss of a member of family.  I have dealt with several cases where the bereavement award was not payable.  In one case, a man died following an accident at work for which the employer was prosecuted and found guilty of health and safety legislation breaches and ordered to pay £1m in fines. He was not married, and his two children are not able to claim the award. In another, a man died in a car crash before his daughter was born.  Again, he was not married, and his family will not be entitled to the bereavement award.”