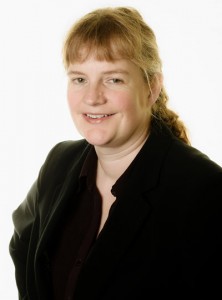 50 year old Mr S of Sheffield worked for renowned knife manufacturer, RSL Realisations Ltd (formerly known as Richardsons), in Sheffield for 24 years.  In fact he started working there as an apprentice when leaving school.  He worked 8 hours a day; five days a week, but often worked an hour a day overtime and on Saturday mornings for the first 10 years of his employment there.  Mr S worked his way up through the company and became a mechanical and production engineer.  His work usually entailed maintaining and repairing machinery in the press, grinding and polishing shops, as well as the area where handles were put on the knives.

Noise so loud you had to shout

Throughout his time at RSL, Mr S was exposed to noise, which was often so loud that workers had to shout to make themselves heard. In one area there were 9 blanking presses, ranging from 15-20 tonnes to 75 tonnes, all working at the same time.  He was also subjected to noise from back glazing machines (getting rid of excess metal on one side of the knives) and rumbling, grinding and polishing machines.

Mr S was never provided with hearing protection during his work at RSL.  It was introduced towards the end of his employment there, but was not compulsory.  He first started to notice hearing loss and tinnitus in 2014, at first with an intermittent noise in his ears but gradually becoming constant.

Tinnitus very had to deal with

He says that the tinnitus is the hardest to deal with as it stops him sleeping and it was a referral from his GP to the hospital when asking for sleeping tablets that led to him making a claim.  He was diagnosed with hearing loss and tinnitus and a nurse recommended that he considered claiming compensation.  He has tried several remedies himself, including tinnitus therapy (which focusses on relaxation techniques) and a Kindle app that plays the sound of cats purring.  He has also tried hearing aids with inbuilt tinnitus maskers.  Whilst he felt that he might be able to deal with the deafness, he found the tinnitus depressing and felt that someone should take responsibility.

Mr S contacted Belinda, who has a lot of experience of winning compensation for people with noise induced hearing issues, including those that have had to go through the court system.  Since leaving RSL in 2006, Mr S has worked as a photographer and has not been exposed to noise, so Belinda contacted RSL’s insurers.  The case was difficult and complex in that:

However, Belinda believed that Mr S had a genuine case of noise induced hearing loss and tinnitus caused by his work at RSL and that he should be compensated for it.  She was able to negotiate a settlement of £9,500 without the case going to trial.

Mr S was delighted with the outcome and says:

“Belinda did a great job.  She dealt with the case brilliantly and was always quick to respond to any matter.”

You can find out more about making an occupational illness or injury compensation claim on our web pages.