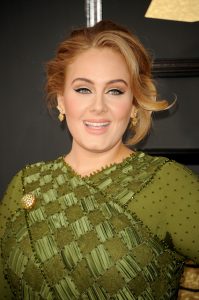 There has been much speculation about what the terms of the divorce would be, and Adele has worked to keep the details private.  Very little is known about the split as a judge granted a privacy request and has reportedly insisted that anyone given access to the details signs a confidentiality agreement.

It is known that joint physical and legal custody of their eight-year-old son has been agreed and neither of them will pay maintenance.  Adele married and filed for divorce in Los Angeles, and it’s understood that there was no prenuptial agreement. According to the law in California, she married in ‘community of property’, meaning that all assets acquired during the marriage (apart from by gift or inheritance) should be split 50/50 upon divorce.  Adele has amassed a £140 million fortune during her career – much of it during her marriage.  There is a lot to sort out regarding finances and it’s understood that this will be done through mediation.

Mediation is a form of alternative dispute resolution – known as ADR. It’s an alternative to the court process and can be a very useful resource in resolving disputes arising out of a separation, be that in relation to children, finances, divorce, contents or even pets.   You can have legal advice with any form of ADR which allows you to make informed choices throughout.

By using mediation, Adele has managed to avoid the usual mud-slinging that comes with a celebrity divorce court case and protected her son from adverse publicity.  Bradie Pell, partner and head of the family team at Graysons says:

“It’s good to see a high-profile couple using mediation to help with their divorce.  It’s often assumed that the super-rich can’t use mediation, but that isn’t true.  It worked for Tom Cruise, who used mediation in three divorces – about which we know very little, and Ben Affleck and Jennifer Garner used mediation to look after the best interests of their child. ADR, such as mediation, is often considered the best route if you want to remain amicable and keep some control of your negotiations and what you want to discuss.  You set the agenda: at court, it’s in the hands of a judge.”

At Graysons we can discuss all forms of ADR so you can decide what is best for your situation. 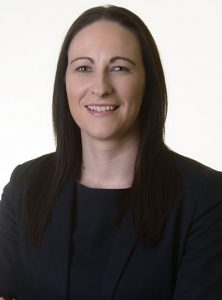 Mediation is still the most common form of ADR.   In the UK, it’s now a requirement, in most circumstances, to attend mediation before issuing a court application for either a financial dispute or children matters.  Graysons can refer you to a mediator, or you can self-refer. Both parties will be invited to mediation information and assessment meetings (MIAMs), which are usually held separately and in which the mediator will advise whether the case is suitable for mediation. If you initiate the referral and your spouse/partner is not willing to attend a MIAM, you should still attend, as, despite their non-cooperation, you cannot proceed with a court application until you have done so.  You’ll then receive a document from the mediator to confirm you have attempted mediation and you can make a court application if needed.  Conversely, for the same reason, if your spouse/partner initiated the referral and you do not want to attend the MIAM, your spouse/partner will have to go and they will then receive the paperwork to start a court application if. You can still access mediation during COVID-19 measures as mediators are currently running video sessions remotely – for example by Zoom or Microsoft Teams.

Mediators cannot give legal advice, but you can obtain independent advice alongside mediation.  A mediator can give you a mediation summary which you can bring to a solicitor here at Graysons and we can discuss your options based on the information given, point you in the right direction for your individual circumstances and provide a legally binding document should you require it.  As with all forms of ADR, both parties need to obtain separate and independent legal advice.