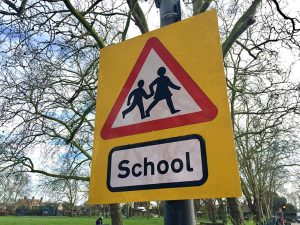 The child, aged 12 at the time of the accident, was walking home from school.  He wanted to cross the road to meet a friend on the other side and stepped out between two parked cars.  He then ran across the road and was hit by a taxi travelling at around 30 mph (by the taxi driver’s own admission) – in a 20 mile per hour zone. The boy’s head hit the windscreen of the taxi and he was thrown around 50 feet onto a grass verge.  Police and an air ambulance attended.  He was resuscitated in the air ambulance and taken to hospital, where he was put into an induced coma.  He remained in intensive care for two weeks.

The boy suffered multiple severe injuries, including a broken neck, legs, arm, jaw, skull and eye socket and a bleed on the brain. Whilst he has recovered from the physical injuries in the main, the brain injury has left him with complex issues, including slurred speech.  After the accident, his mother said that he appeared to have no emotional response, was unable to recognise danger and was unable to sleep.

Experts say that the boy has been very significantly damaged by the effects of his traumatic brain injury, which includes an organic personality disorder. He is easily irritable and misinterprets interactions. After the accident, he developed severe anxiety and paranoia, problems with cognition and severe fatigue as well as a number of personality and behavioural problems.  Experts agree that there is not going to be any significant improvement in the boy’s functioning, which includes the fact that he has a considerable degree of social and generalised anxiety.  He will permanently have severe problems in day-to-day life, such that experts have taken the view that there is no prospect of the boy being able to secure competitive paid employment and there is no prospect of him living independently without support.

The boy cannot now make decisions for himself about trust, trusting others or money, so he is very vulnerable. He will need a deputy to deal with his affairs and Court of Protection involvement.

The boy’s family contacted Graysons to see if they could claim compensation on his behalf.  Our lawyers began by contacting the taxi driver, claiming, amongst other things, that he:

The taxi driver denied liability throughout the case, saying that he could not have avoided the collision, even if he had been driving more slowly.  He claimed that the boy was entirely responsible for the collision.

The medical evidence was complex and extensive with input from an orthopaedic surgeon, neurosurgeon, care expert, occupational therapist, case manager, paediatric psychologist, neuropsychiatrist, neuropsychologist, ENT expert and an ophthalmologist.  Both Graysons and the defendant instructed their own experts and both parties requested liability reports from forensic accident reconstruction experts.

After a significant amount of time and negotiations, our lawyers were able to use their considerable experience and expertise in high-value, complex cases to agree a settlement of £4.5 million, following an initial offer by the defendant of £1.6 million.

Accidents involving children are always upsetting, but when they are someone else’s fault, claiming compensation can help the child and his/her family to recover, or in more complex cases, can help them carry on with their lives in the best way possible.  In cases like this one, a child may initially appear at fault, but the driver has the higher burden of care.  Graysons’ personal injury solicitors have a successful track record of winning compensation for children who are injured.  Claims made on behalf of a child are different from those made on behalf of an adult, with the three-year time limit not starting until the child is 18 years old.  However, we do recommend that you contact our experts as soon as possible after the accident so that we can best assess the claim and gather any necessary evidence.