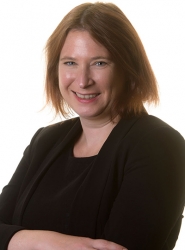 Laura Cowan
Senior Private Client Advisor at Graysons Solicitors
Laura is a Senior Client Advisor who is an accredited member of the SFE (Solicitors for the Elderly). She has over 19 years experience working in Probate and is a trust and estates practitioner.

There are a number of ways of having a will written. The main thing to consider when choosing a method of will writing is; will it be effective when you die? That is, will your estate be passed on to the people you choose.

All too often incorrectly drawn up wills are found to be invalid and disregarded, or at best ineffective. This can lead to the estate being treated as if you had died intestate, i.e. without a will. Under the laws of intestacy your assets are distributed according to a statutory set of rules which leave a person’s estate to their next of kin in a fixed order.

It is easy and cheap to pick up a ‘will pack’ from a local stationer or post office which enables you to write your own will. These are only ever suitable in the simplest of cases, where no property is owned and there are no beneficiaries under 18 years of age. Even then the slightest error or misunderstanding of the use of legal terms can cause disputes or the will to be invalid. You may think that your home made will is clear, but you will not be there to clarify any misunderstanding or dispute between family members when the time comes.

Some solicitors make more money dealing with family disputes over badly written wills than they ever could by writing wills in the first place.

Here are just a few reasons why a will may be invalid or ineffective:

Anyone can set up as a will writer and charge money for the service. There is no industry wide regulation for will writers and many have simply completed a few hours training before setting up as ‘experts’ in writing wills.

The Law Society has recently called for urgent regulation of will writers because of the varying nature of their training and expertise. There are good will writers out there, but how do you know which is which? Some have only a rudimentary understanding of wills and may not understand the complexities of tax planning, trusts and other areas associated with giving proper advice on estate planning.

Many people are attracted to using a will writer because they advertise very low rates. This in itself may be an indicator of the level of expertise on offer. Next time you see an advertisement for £35 wills which includes a home visit, think about the reality of a trained expert carrying out a complex legal task for such a low cost.

There has also been a spate recently of will writing companies going out of business, which can cause problems if you had a will stored with them.

The Law Society recently had a survey carried out by ICM which found that 85 percent of adults believe that will writers should be regulated.

Why use a solicitor?

Making a will is a decision which will have major implications for you family when you are gone.  All solicitors have professional qualifications and are stringently supervised by the Law Society. They have liability insurance and offer a broad range of legal knowledge across other associated areas such as property and tax planning.

Solicitors will also offer services such as free secure storage of your will.

These case studies come from research carried out by the Law Society in 2006 and are not related to Graysons solicitors.

An old lady found a will writer who was advertising in the local newspaper for wills at £24 each.

She wanted a will so that her son would not inherit anything as she had not been in touch with him for 20 years and he had stolen from her in the past. She instead wanted her long-time carers to inherit her estate.

She died in hospital and the son immediately emptied the house when he heard the news. He found the will which said that he was to inherit nothing but was told the will was invalid because the witness signatures had not been signed together and there were other mistakes with the will. He inherited everything and the lady died intestate.

The carers organised and paid for the funeral – he did not attend. They are now using a solicitor to try and recover what was rightfully theirs. Because the will is invalid they cannot get anything. They are now trying to sue the will writer but he has no insurance and so their claim is likely to be dropped due to the fact that they can’t afford to take it further.

I came across a will writer in Milton Keynes who operated from his house, drafting wills which he then stored in boxes in his loft. He charged the clients £200 to store their wills for them. He then moved house but didn’t tell anyone so we had to employ a tracing agent to track him down in order to retrieve a will when someone died.

Another will writer in Milton Keynes was stopping young mums with pushchairs in the shopping centre saying “If you die without making a will your children will go into care”.

He scared so many of them that they made wills with him in the shopping centre on his laptop.

This case involved a will for a wife drawn purporting to leave a half share of the house to her husband. Although the will company stored the deeds in safe custody using its own facilities, for which it charged, it did not check to see if the house was owned in joint names, which it wasn’t, it being wholly owned by the husband so the whole bequest was a nullity and an opportunity for tax planning lost. It then transpired that this particular company had gone into liquidation and a new one had taken over the clients of the previous company, so there was no one to ask to refund the fee for making the will.

An example of a will writer who failed to understand s9 Wills Act had the client sign in one room and witnesses in another. The will was then disputed by a disappointed beneficiary.

In 2001 whilst covering a maternity leave as locum assistant solicitor I dealt with a client whose husband had lost his mental capacity. Both she and her husband had had cheap wills written for them by a company that had gone out of business disappearing with their wills. Clearly we could take instructions to write her a new will but not her husband. If she pre-deceased him there was the risk that the remaining estate would go bona vacantia.

Charges in local newspapers routinely state a fee of around £20. I have an example of a client where they responded to such an advert but ultimately were charged around £700 as a result of a large number of extra charges being applied.

Most solicitors would not consider a storage charge; I have come across many clients who have been charged by will writers annually for keeping wills.

Will writers often buy their “franchise kits” and without any depth of study/understanding can give very poor advice. I had to rectify, post-death, a few years ago a grossly incompetent will-writing firm’s attempt to prepare a tax-efficient will that wholly missed the point because of a limited grasp of the relevant taxing principles.

I have come across two cases where the will-writing firms had just disappeared, leaving no trace, but with wills and deeds then missing. There is clearly no proper backup/resources in such instances, perhaps unsurprising given the “quick money” incentive to take up W/R franchises in the absence of a regulatory/professional framework in their set-up.

My client and her husband made wills with a will writer. As seems to be common, they were simply sent the wills for execution and no further contact was made by the will writer after that stage. Some time later the husband died and we were instructed to deal with the application for the grant.

We had a copy of the signed will but the original will had been lost in a family dispute between the widow and her son (who were both named as executors). The widow was sure she had given the original will to her son after her husband’s death but the son denied this was the case. We were unsuccessful in trying to contact the will writing company as the client no longer had anything with their details on, although we made quite strenuous efforts to try and find them as it was possible (though unlikely) that they held the original will.

Finally we began to prepare an application to prove the copy will and as part of the application, we contacted the witnesses for an affidavit of due execution. It then transpired that the will had first been signed by the clients. The next day they had asked their gardener to witness their signatures which he had done. Within the next couple of days after that they had also asked their hairdresser, when she visited the house, to be the second witness and she had signed and filled in her details on the will. At no point had the clients and the two witnesses been in the house together, never mind the same room, and thus of course the will had not been properly executed.

The client had no previous will and thus his estate passed on intestacy. Fortunately in this case no one was prejudiced as his assets were below £125,000 and so passed to his wife entirely on intestacy. His ineffective will had left all to his wife, so the same result was achieved. However, had the contents of his will not matched the intestacy rules, or had he had assets greater than £125,000, then a different result would have occurred and the wife would have lost out. In any case, the wife went through a great deal of stress and upset whilst this was sorted out, and incurred extra costs from us as a consequence of the work involved in firstly trying to trace the lost original will, and secondly the aborted application to prove a copy will.

If the will had been prepared by a solicitor they would have supervised the execution of the will, and it would actually have achieved its purpose. They would not have left the storage of the will to the client, with the consequent risk of loss of the will. Also we could not trace the will writers because with only the name of a company there was no central body we could go to, and they do not give details on the will itself that a solicitor would (at least the name of the firm which one could then trace through the Law Society).

I have an example of a client was “sold” funeral plans for £1,000 and then the will writer disappeared with the money. I have yet to see a properly drawn will by a will writer. Most seem to grab clauses at random from somewhere and throw them together in a haphazard manner.

My case involves a very elderly client with very little mental capacity. A will writer had taken instructions from her daughter to cut out my client’s son and leave everything to her daughter which did not seem to be what the client wanted. The daughter had been the obvious point of contact not the client. The will writer made no checks as to my client’s capacity nor did he attend to witness will. The will was made very close in date to my subsequent attendance upon her.