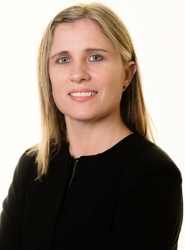 Nicola Cancellara
Family Solicitor at Graysons Solicitors
Nicola is a Family Law Solicitor and is recommended in the Legal 500 for 2021. She qualified as a solicitor in 2006 and is a member of the Law Society Family Law Accreditation Scheme.

We appreciate that relationship breakdown can be very traumatic, and that’s why we think separation agreements are so useful for couples who are navigating through the initial stages of splitting their home, finances and access to children: perhaps as a precursor to divorce. They can help you quickly iron out the unknowns to minimise conflict and save time, stress and legal costs down the line, instead of suffering a period of limbo while you’re waiting for a divorce.

You can read more information about separation agreements here, and how far they’re legally binding here.

When should a separation agreement come into effect?

It’s really a matter of personal circumstance regarding the start date for your separation agreement. However, we’d advise negotiating it and bringing it into effect as soon as possible, as prolonged periods of uncertainty can generate further conflict for both partners, and create unnecessary stress for any children involved.

How long should a separation agreement last for?

You can use a separation agreement to set out:

Note that if you are only looking to make arrangements for children, you may wish to consider a parenting plan, rather than a separation agreement

Setting an end date depends on whether you are planning to divorce, how long you want to wait before starting divorce proceedings, and how complex your arrangements are. For example, if you have been married less than a year and can’t yet get a divorce, then it would be a good idea to make the duration open-ended, or until your conditional order is granted, if you later want a court to decide for you.

If you have complicated finances (such as children who are financially dependent on you,  unequal incomes or one of you has given up work to bring up children), then you’ll need to consider if one of you will financially support the other and how long for. You’ll need to consider who lives in the family home and for how long, including how this is paid for, and by whom. You may also want to confirm contact and residency arrangements for your children until they reach a certain age, at which point you may agree that they can make these decisions for themselves.

Separation agreements can cover very important financial decisions – including spousal maintenance, child maintenance and the division of assets like property and businesses. This is why it’s important to determine whether it’s going to be a temporary or permanent agreement. If you’re planning to use it as a permanent agreement, then don’t enter into it unless you are both happy with the terms and details of it – especially if you have children under 18. This is because a judge may see no reason to interfere in the original terms later on in the process – particularly if they are fair and reasonable and you both entered into it with legal advice and full financial disclosure. If you are planning to use a separation agreement in this way – for the basis of a later consent order – then legal advice is vital.

While a separation agreement isn’t technically legally binding unless it’s made into a consent order by the court, it can still be challenged by either party in the same way as any contract. But if both parties entered into the agreement with the benefit of legal advice and with full financial disclosure, and the agreement was properly drafted, then it is likely that a judge would uphold the separation agreement in court.  You can read more about this in our advice article, Separation Agreements: How Far Are They Legally Binding?

If either party breaches the terms of the separation agreement and the other wants to challenge this breach in court, then the judge would take into account the integrity and fairness of the agreement when deciding whether to enforce the terms of the separation agreement. However, there are of course some terms that a judge would not enforce, such as those contracting against child support or those which seek to prevent a party from later applying to court.

Amending or changing a separation agreement

You can of course agree things amongst yourselves and vary your arrangements without changing the agreement (or the consent order), provided you both agree. The agreement is there mainly to refer to and avoid future disagreements or confusion – so you only need to involve the court if you disagree on your arrangements.

If one of you disagrees with the proposed changes, then you may need to go to court to have a judge decide whether to uphold one side over the other.

Cancelling or ending a separation agreement

There may be situations where ending or cancelling a separation agreement might be appropriate – for example, once your children have grown up or are no longer financially dependent on you, or if either partner’s circumstances have dramatically changed.

If one of you wants to end the separation agreement and the other disagrees, then you may have to go to court to challenge or defend it.

What happens to a separation agreement when your divorce is finalised with a conditional order?

It depends on whether you’ve used your separation agreement as a temporary measure until you apply to the courts on your divorce, or as the basis of a final agreement to later make legally binding.

You don’t have to get court orders about your children and finances unless you can’t agree on them. If your separation agreement works fine and you both agree on it, you don’t have to turn it into a legally binding consent order. However, it can complicate matters further down the line if you haven’t cemented your arrangements in this way – for example, if one of you dies before your divorce is finalised, or your will conflicts with the separation agreement.

Financial matters and child arrangements are actually decided separately from your divorce process by the courts. They are not the same processes and do not come as a package of measures. Matters concerning children are dealt with by a single ‘child arrangements order’, and may also require additional orders such as ‘prohibited steps orders’ or ‘specific steps orders’. Financial arrangements are decided by a ‘financial order’.  These can be decided before, during or after your conditional order has been granted.

If you have planned to present the separation agreement as a final arrangement concerning your finances, then you can apply to have it turned into a consent order upon your divorce. A child arrangements order is not needed where parties have already agreed on the future arrangements for their children. The court will not make this type of order unless it is necessary to do so, so it is generally helpful for parties to record such agreed terms in their separation agreement or in a parenting plan.

If you’ve planned to use the separation agreement as a temporary measure, you can either renegotiate a permanent arrangement between yourselves to then present to the court, or, if you can’t agree a permanent solution, you can ask the court to decide.

What happens to a separation agreement if one of you dies?

It depends whether you have set an end date on it and detailed any claims or disclaims for financial support from the estate of the deceased partner.

You can make provision for either partner’s death (or the death of both of you) in your separation agreement: for example, by detailing that one partner will gain sole responsibility for any children, or naming a guardian to look after any minor children in the event of both parents’ deaths.

However, it’s best to make sure that these arrangements are legally watertight by making a valid will. Should one partner die, anything in the separation agreement about finances and assets could be superseded by the directions in a will, or by the rules of intestacy if that partner left no will – this is why it is important to ensure the separation agreement is properly drafted, and that it does not conflict with the directions of either party’s will.

Our experienced family solicitors have many years’ experience of writing separation agreements and can draft an agreement based on your individual requirements.  Contact us now to make an appointment in which we can discuss your matter confidentially and sensitively.