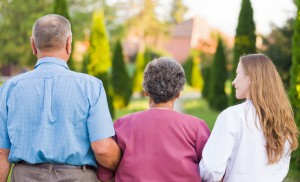 A lady, who was in her 80s at the time, executed property and affairs and health and welfare lasting powers of attorney (LPAs) in 2008, naming her then 54-year-old-only son as the sole attorney.  The LPAs were registered in 2009 and, when the lady developed dementia in 2011, the son took over her affairs.

This left the woman with insufficient money to pay for her care home fees and the local authority raised concerns that she was being deprived of funds.  The Office of the Public Guardian (OPG) launched an investigation which found that the man had ‘broken virtually every rule in the book” and expected local taxpayers to foot his mother’s bill.

The court revoked the son’s power of attorney and put a professional in his place.

Use a professional for a power of attorney

Of course, it is understandable that anyone should want to appoint their nearest and dearest as their attorney, to look after their affairs should they become incapable.  However, the role comes with strict responsibilities and some people find them just to difficult to adhere to.  Of course not all make mistakes to the extent that this man did!.  Asking a professional to act as one of the attorneys helps as it means that there is always someone who understands the rules to help.