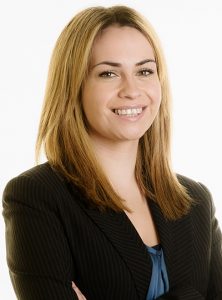 Ms G’s GP referred her to the trust in October 2009 after she found a perianal lump, which was acutely painful.  She chose to go to Northern General Hospital in Sheffield.

Surgery is only option

On the day Ms G was due to attend her appointment at the hospital it had snowed heavily, and she could not attend.  She rang to inform the hospital and to change the appointment.  She was asked if the lump was still there, and at that time it had disappeared (it disappeared and reappeared regularly), although she was suffering from rectal bleeding.  She was told that she could not make an appointment unless the lump was there at that time and when it did return, she should see her GP for another referral to the hospital.  The lump returned within a couple of weeks and Ms G obtained another hospital referral. Whilst waiting for the appointment, the lump became so painful that Ms G had to attend accident and emergency.  She was seen by a doctor who, she says, was very dismissive of her and told her she had piles, without examining her.   He gave her suppositories.  Having been a carer for elderly people, Ms G knew the symptoms of piles and was sure she did not have them.  At her next appointment with the colorectal surgeon at Northern General, which was around a month later, she was told that she had an anal fistula and her only option was surgery to remove it.

Three weeks after this meeting, the operation took place during day surgery.  Whilst Ms G was in a lot of pain, she was sent home with painkillers and anti-sickness drugs. Four days later, she was still in so much pain that she called the day surgery but was told to contact her GP for an appointment, which was not available until two days later.  Her GP told her to go straight to hospital, where, after waiting for some time, she was given medication intravenously.  She was told she would need surgery immediately to remove an abscess or ulcer that had been caused by the previous surgery. This second surgery found and drained an abscess.  As Ms G had not eaten or drunk anything since the first operation, she had become severely hydrated, and as she had not been able to pass water, she had also developed a bladder infection. She was discharged from hospital after one and a half days. District nurses redressed her wounds at her GP practice during the week and at home during the weekend.

A review appointment around a month later found that the fistula was still present, and Ms G needed a further operation. This took place just over a week later. After a further four months, Ms G was still suffering pain and bleeding and her GP warned her that she could have another fistula.  She returned to the Northern General but was unable to be examined due to the pain.

Seven months later Ms G had an MRI scan, and another fistula was detected.  She was referred for a further examination under general anaesthetic as the pain was too great to undertake examination without it.  No fistula was found, and she was told that the pain was caused by scarring from the previous operations. No fistula was found at a further examination under general anaesthetic, but Ms G was told that there was a hole in her anus that was the result of the initial wound not being stitched properly.  The examining consultant suggested a further operation whereby a balloon was inserted to close the hole.  The operation was expensive and would have to be carried out by a specialist, under the guidance of the consultant (who had never carried out the operation before).  Around four years after Ms G had first consulted her GP, this operation took place, but it was not successful.

About a year later, a further operation to implant a sacral nerve stimulator (SNS) was carried out and this has relieved Ms G’s symptoms.

Ms G suffered pain and the embarrassment of faecal incontinence, as well as loss of social life and a delay in starting a family, for five years.  She required a lot of help from friends and family, needed time off work and suffered psychologically.  She contacted Graysons to see if she was entitled to claim compensation for treatment that she believed to be negligent.

Nikki took up the matter and pursued the hospital trust, claiming that it had been negligent throughout Ms G’s hospital experience, both during and between operations, and that she had suffered a delay in treatment. Amongst other issues, Ms G has been left with faecal incontinence, which is only controlled using the SNS.  She has also suffered other intrusive and embarrassing symptoms and severe pain, which render her disabled.  Also, as Ms G is trying to have a baby, she will have to turn off the SNS whilst pregnant, which means that her pain and symptoms will return at that time.

The hospital trust initially denied liability for Ms G’s injuries, despite expert evidence presented by Nikki.  The hospital provided no expert medical evidence itself.  Nikki had to issue proceedings and a five-day trial date was set.  The defendant decided not to call any experts to court.

Nikki considered the best way of achieving a successful outcome and recommended a tactical offer to encourage the defendant to engage in settlement negotiations.  Ms G made a liability offer (an offer in which a percentage of the full compensation anticipated is accepted in return for acceptance of partial liability) in July last year, and after three years of denying the claim, the trust agreed to pay £165,000 in compensation.

Whilst Ms G’s pain and discomfort is likely to go on, she was delighted with the result achieved by Nikki, which will help her to move forward with her future family plans.

If you have received substandard medical treatment you may be entitled to claim compensation.  Contact our experts now and we will arrange a free of charge meeting in which we can discuss your case in confidence and advise on the best way forward.