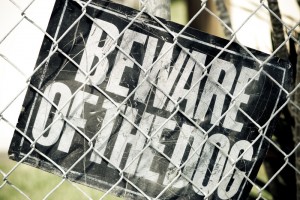 Mr W was the area manager for a car filtration specialist company and was making a delivery to an engineering company in Newark.  Whilst he did not usually make such deliveries and was doing so as he was passing, he had visited the premises before and knew them well.

Bitten by a guard dog as man enters office

The engineering company was expecting the delivery, but no one was around when Mr W arrived, so, shouting ‘hello’ – to which there was no response, he proceeded through the premises into the office that he had been taken to before.

As soon as Mr W stepped into the room, he was immediately attacked by a large Rottweiller.  Trying to push the dog away from him, and protecting his face (which the dog was trying to attack), Mr W was attacked again and again and bitten several times in the groin, legs, arm and hands.

No signs warning of guard dog

A staff member came to help and got the dog off Mr W.  He referred to the dog as a guard dog that was left on the premises for security purposes.  Mr W had never seen this dog before and the company he worked for was unaware of its existence.  It appears that the engineering company had replaced a much smaller dog with the Rottweiller, but had not informed anyone and had not erected any visible signs.  There was a single sign on the entrance door, but, as it was open, it could not be seen, so there was no warning about the dog, and there was no dog guard.  The managing director of the company has since confirmed that he is building a kennel and run for the dog.  It was clearly kept in the office as that was the only place that could contain it – as there was no other fenced off area keeping it away from the public.

As well as having to deal with the physical injuries, Mr W has suffered with severe psychological injuries, including anxiety, avoidance behaviour and post-traumatic stress disorder (PTSD).  His change in personality and loss of confidence mean that he lost his job, and, as he has not been able to maintain similar positions, he had to rethink his life, eventually moving away from the area to start a different career. 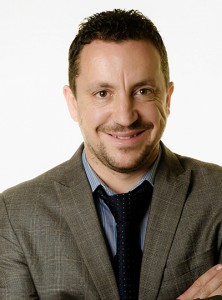 Following the accident, Mr W contacted Graysons to see if he could claim compensation.  Mark took up his case and contacted the engineering company.  The company fought Mr W’s claim all the way, saying that it was his own fault for entering the premises.  Mark was able to prove that the company had not made proper provision for a guard dog.  The Guard Dogs Act 1975 makes it clear that any company that keeps a guard dog must have a handler capable of controlling the dog and must clearly sign its existence at the entrance to the building.  The company was clearly in breach of these requirements.  Mark issued proceedings against the engineering company but it eventually agreed to settle the case and Mark negotiated the figure of £9,500.  The matter was also investigated by the police.