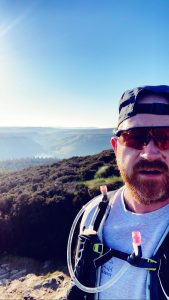 Jamie, who has unfortunately been diagnosed with polycystic kidney disease (PKD), ran the 50-mile ultramarathon on his own through the Peak District – starting at Ladybower Reservoir and finishing at Curbar Edge – in just under seven and a half hours on 30 May 2021 – in temperatures of over 20 degree Celsius! 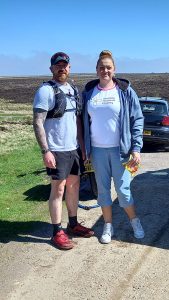 Lacey said of her husband: “Jamie wanted to show that no matter what life throws at you, you can achieve anything; you don’t need to simply roll over and accept that you’re ill.  He wants to raise awareness of the disease and at the same time challenge his own physical abilities whilst he is still fit.  We are all so incredibly proud of him, especially as he barely looked like he was breaking a sweat! We would both like to thank Graysons’ partners and staff for their generosity in sponsoring Jamie in his endeavours.”

PKD is believed to affect over 12 million people worldwide, with up to 70,000 adults and children in the UK having the disease.   It’s the most common genetic kidney disease and the fourth leading cause of kidney failure.  There is no cure, and it is likely that Jamie will need dialysis and/or a kidney transplant in the future.

If you would like to support Jamie and the renal department at Sheffield Northern General Hospital, you can donate by visiting his Just Giving page.