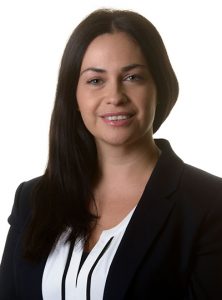 Mrs H was admitted to Rotherham General Hospital with back pain following a referral from her GP.  She had suffered back pain and sciatica for about a year and had also reported altered stools. She had a history of high blood pressure and ischaemic heart disease (where the heart is not getting enough blood and oxygen) and had suffered a transient ischaemic attack (mini-stroke) in the previous year.

She underwent MRI and CT scans and was told that she had crumbling bones and that several discs in her lower back had perished.  She was told that nothing could be done for her there and that she would be referred to the specialist spinal unit in Sheffield to see what treatment could be offered.  She also had blood tests, which highlighted issues with Mrs H’s health, but the results were not passed on to Mrs H, nor acted upon.  She was discharged from hospital after nine days.

The following day Mrs H became ill.  She was vomiting, could not eat and appeared to be hallucinating and rambling.  Mr H called an ambulance and staff felt that she was reacting to the medication she had been given by the hospital.  She was told to stop taking it.  After a further seven days and discussions with, and visits by, her GP, Mrs H became very ill and became unresponsive.  Mr H called 999 and was guided through giving his wife CPR whilst an ambulance was despatched.  Ambulance staff took over CPR when they arrived and transported Mrs H to Rotherham General Hospital where she was put on a life support machine.  She died two days later.

About eight months later, Mr H received a report from the NHS trust that identified several failings on the part of its staff.  He contacted Graysons to see if he could seek some redress for his wife’s death, and Nikki took up the case.

Nikki contacted the NHS trust with allegations that its staff had breached its duty of care in several ways, including failures:

The NHS trust admitted the breach fairly quickly but did not agree on the value of the claim, disputing Mr H’s future loss and Mrs H’s life expectancy and offering a low settlement.  As a competent and practiced negotiator, Nikki was able to agree an increased settlement of £100,000, which was acceptable to Mr H.

If you, or a deceased relative, have suffered as a result of negligent treatment from a hospital or any medical practitioner, contact our experts now.  We will assess your case and advise on the possibility of making a claim for medical negligence compensation.