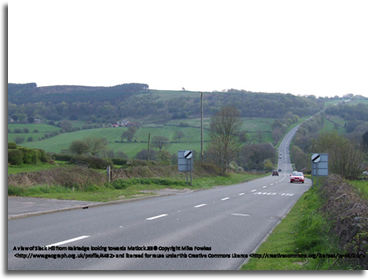 25 year old Ben from Chesterfield, who works as a sales assistant at Spar in Chesterfield, was travelling home to Matlock – where he lived at the time – on his motorbike after his shift, which had finished at 11pm on 27 April 2011, when the accident happened on the A632 and Ben was hit by a cow that had escaped from Mr Gill’s farm – apparently looking for a calf that had been taken away from it.

Police arrived at the scene of the accident after they were called out because the escaped cow had caused another near miss.  They found Ben walking around in a daze, unable to answer any questions, with his very badly damaged motorbike in the road – complete with embedded cow hair.  They called an ambulance which took Ben to Chesterfield Royal Infirmary.  Ben stayed there and in the Northern General Hospital for several weeks spending time in A & E, the high dependency unit and the intensive care unit.  Despite wearing full protective clothing, Ben suffered horrendous injuries and the accident caused brain and shoulder injuries, a collapsed lung, which resulted in an induced coma and re-inflation of the lung (which was followed by pneumonia) and wrist scarring.  Apart from a gash to its side, the cow was uninjured.

Following the accident, Ben spent several weeks living with, and being looked after by his parents; unable to work.  For the first week after the accident he did nothing but sleep.  Over the weeks and months he continued to suffer from the results of the brain and shoulder injuries as well as developing psychological issues which resulted anxiety, depression,  flashbacks and loss of confidence – typical of post-traumatic stress.    Solicitor, Mark Fisher says “This was a particularly horrendous accident, and one which the long term outcome is still not known.  Ben is still suffering physically as well as mentally, and a large part of the compensation that I won for Ben relates to the unknown cognitive effect the brain injury could have on his future and his ability to earn.  Hopefully the amount of over £100,000 will help him to get on with his life.” 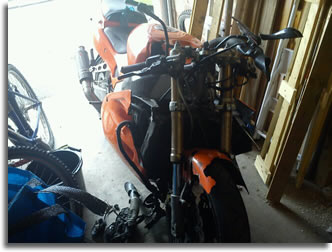 Ben, whose ambition to be a ward nurse has been strengthened by his own experience, returned to work at the Spar after 3 months, albeit a slow and phased return that after 12 months had still not resulted in him working the full hours he used to enjoy.

Ben says “The accident has really made me consider my own mortality and I believe that I am very lucky to be alive.  I’ve had a bad time since the accident and sometimes even had the sense that I had not woken up from the coma and that the things going on were merely a dream.  Cognitive behavioural therapy is helping me with these issues.  I still have to take painkillers to help with the shoulder injury pain too.  I have been particularly disturbed by Richard Gill’s attempt to get out of his responsibility, particularly when he has made comments in radio interviews that I should not have been driving at any more than 25 miles an hour when the road carries the national speed limit.  I am really grateful to Mark Fisher at Graysons WE.  He was recommended to me and did a fantastic job.  The outcome was better than I could have wished for and I really thank him for his help in winning the money that will help be to look to the future now.  I would recommend him to anyone.”

For advice and information on accidents and injuries caused by animals, please contact Graysons WE’s expert, Mark, on 0114 358 9009 or email [email protected]