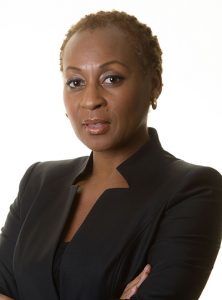 Ms H suffered from regular nose bleeds when she was 11 years old. Her GP referred her to Barnsley Hospital NHS Foundation Trust, where she was advised by the ear, nose and throat (ENT) department that the only treatment was to cauterize her nose. Both sides of her nose were cauterized in January 2008, despite her parents having consented to the left nostril cauterization only.

Approximately one week after the operation, part of Ms H’s septum fell out, which she mentioned to her parents. The injury was not visible on the outside of her nose and her parents did not believe her.

For the next eight years, Ms H’s nosebleeds were controlled, but by the end of 2016, when she was 22 years old, she started getting regular nosebleeds again and she returned to her GP.   She was referred back to the ENT department at Barnsley Hospital where it was established that the nose bleeds were the result of a perforated septum, which had been caused when both sides of her nose had been cauterized in 2008.

Ms H contacted Graysons to see if she could claim compensation as she felt that her treatment from Barnsley Hospital had been negligent. A report was obtained from an ENT surgeon.  The report established that the hospital had breached its duty, providing substandard care by cauterizing both sides of the nose at once.  Had just one side been cauterized, Ms H’s nasal perforation would not have occurred.  We were able to establish that Barnsley Hospital had failed to obtain consent for the bilateral nasal cautery procedure.  The ENT expert’s opinion was that any further surgery to the septum to heal the perforation had a poor success rate.

Following a letter of claim to Barnsley Hospital NHS Foundation Trust, liability was admitted.  An offer was made to settle the claim at £7,500, but Carol advised against accepting this as she believed the figure was not representative of her client’s injury. She entered into further negotiations with the hospital and the offer was increased to £10,000.  Ms H was very satisfied with the outcome, commenting: “Fantastic service, very helpful. Thank you”

If you have undergone hospital treatment or any treatment from a medical professional, and you think that it was substandard, contact our experts now.  We will arrange a free of charge meeting in which we can discuss your case confidentially and advise you of the prospects of success. You can also find out about making a claim for negligent medical treatment on our web pages.