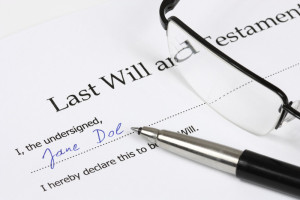 The man’s father was a wealthy businessman and farmer whose estate was worth at least £3 million when he died in 2009.  He had 5 children but had disinherited 2 of them.  He left £150,000 each to 2 others and the rest was left to the firth child, Mr H.

The deceased had nominated 2 professional executors who had asked the beneficiaries if they had received any gifts from their father in the 7 years preceding his death.    Only a daughter replied saying she was not aware of any gifts.

Around 2 years later HMRC received a tip off that Mr H had an undisclosed offshore bank account and wrote to Mr H and the executors asking for a disclosure.  Mr H then admitted to having a Swiss bank account into which his father had transferred £450,000 in 2009 from his own, also undisclosed, Swiss account.

HMRC charged Mr H a further £47,000 IHT, but added a further 65% of the potential IHT loss relating to the gift.  The total of £113,794 was later reduced to £87,533 upon appeal from Mr H, who said that he was unaware of the amount that had been transferred to him and that he thought that gifts of overseas assets were not subject to UK tax and so didn’t have to be declared.  He also said he thought his father’s executors’ request for information had not been clear and that they had not properly searched his father’s home for documents relating to the gift.

Beneficiaries must respond to requests about gifts honestly or, as this case proves, they could end up having to pay much more than the IHT would have been in the first place.  Whilst, in this case, the executors were not penalized, it is also a reminder to all executors that they must be thorough in their investigations into a deceased’s estate, or they could, in fact, end up being liable for charges themselves.

You can find out more about wills and estates on our web pages.