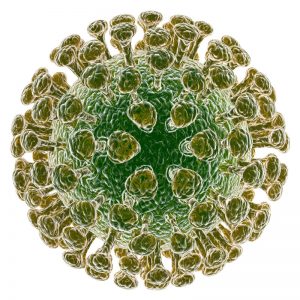 Although the claims are yet to be substantiated, it has been suggested that the outbreak of the virus is linked to the consumption of bats (a delicacy) in the city of Wuhan, which is within the Hubei province of China, just as SARS-CoV was linked to civet cats. The first confirmed case of 2019-nCov in Europe was identified on 28 January 2020 in Germany and there are suggestions that London is the city most at risk, based on data mapping the number of visitors to the UK from high-risk cities in China.

Here, medical negligence solicitor, Matthew Lindsay, discusses the potential liability of the NHS and private healthcare providers in respect of the virus.

Initially, it may simply be assumed that such an outbreak of a new virus is out of the remit of the courts when it comes to considering the response of medical practitioners, but this is not the case.  We can make a comparison with how the courts have looked at the duty of care held by medical communities in similar previous outbreaks. For example, the High Court heard the case of Nicola Jane Pope v NHS Commissioning Board (2015) in September 2015 which related to swine flu. In this case, the patient felt unwell and believed she had contracted swine flu. She attended her local health centre where she was seen by an experienced nurse who examined her and advised her to return home and go to bed. Two days later the patient was admitted to the accident and emergency department of her local hospital where she suffered a cardiac arrest during booking in. Investigations showed that she had swine flu complicated by pneumonia. She was resuscitated but had sustained brain damage which left her profoundly disabled with some cognitive impairment. 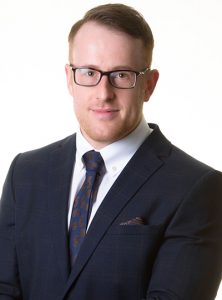 The patient pursued the NHS for medical negligence.  Under national and local guidance relating to swine flu, any flu-like illness had to be managed as swine flu. At trial, the court rejected the nurse’s explanation that she had made no record of the patient’s vitals, such as blood pressure & oxygen saturation because they were all normal. It found that, at the time the patient had been seen by the nurse, the patient had a high resting heart rate, had abnormally rapid breathing and her oxygen saturation levels were in the low range. The court also found that although guidance provided during the swine flu epidemic had varied, the local hospital had not been implementing an emergency package designed to restrict hospital admission.

Failing to measure the patient’s oxygen saturation was a breach of duty.  If the nurse had followed the guidance, she would either have admitted the patient to hospital herself or referred her to a GP, who would have admitted her. Causation experts agreed that, had the patient been admitted, she would have been treated appropriately for swine flu and pneumonia and would have avoided the collapse which had left her profoundly disabled.

Essentially, the courts approach the issue as they do with all clinical negligence claims; by examining the current state of knowledge of the medical profession at the time and asking whether a reasonable body of medical professionals (this time nurses) would have conducted themselves in the same way. In Pope, there had been national advice regarding the steps that should have been taken whenever a patient presented with flu-like symptoms and this had not been followed. A reasonable body of nurses would be expected to follow national guidance. If the claimant had been provided with appropriate monitoring of oxygen, she would not have suffered the collapse or brain damage.

The NHS does a fantastic job of caring for the people of this country. However, Pope illustrates how, in some instances, serious ramifications can occur where there is a failure to follow guidance and provide advice appropriate to the clinical presentation of a patient.  We hope that coronavirus can be contained quickly and that it does not result in cases similar to that of Pope. However, our experts here at Graysons are prepared to act if necessary.  Please contact us if you need advice or assistance. Find out more about making a medical negligence claim on our web pages.