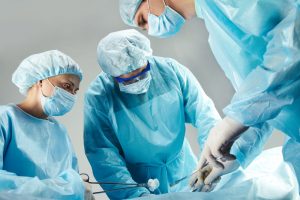 Mrs D underwent a gallbladder removal at the hospital in November 2014.  She had previously had her ovaries, fallopian tubes and omentum, (a thin fold of abdominal tissue that encases the stomach, large intestine and other abdominal organs) removed when ovarian cancer had been detected.

When she had the operation to remove the gallbladder, Mrs D had signed a consent form which identified the risks of “bleeding, infection, bile duct injury (1%), bile leak, (illegible), (illegible) /retained stone (3%), conversion (to laparotomy) (5%), pain, scar, hernia”.  However, despite the fact that the clinician who took the consent knew about Mrs D’s previous operations and should have considered the resulting abdominal tissue scarring, no specific risks were indicated.

A laparoscopic operation (a procedure using fibre optic instruments inserted via the abdominal wall) was commenced by a surgical specialist registrar, but it became clear that abdominal scar tissue was present, and the surgeon suspected a bowel injury.  A professor then took over the operation and converted it to a laparotomy (open cut operation).  After the operation, Mrs D was returned to her ward but the following day she complained of pain and her oxygen saturations were low. These got worse during the day and by late evening she was diagnosed with severe decreased oxygen levels, tachycardia (a heart rate that exceeds the normal resting rate), fever and signs of respiratory failure.  Mrs D was taken back into surgery and the original cut re-opened, where intra-abdominal bile and biliary peritonitis were found.  She was due to have the surgery looked at again, but it was delayed as she suffered a suspected heart attack.

Three days later Mrs D returned to surgery and complications with the bowel and colon meant that she had to have her sigmoid colon (part of the large intestine) removed and a colostomy undertaken.   It proved impossible to close the wound due to swelling so a VAC (vacuum assisted closure – a therapy that can be used to achieve wound closure) dressing was applied.  This was reapplied a couple of days later as the abdomen still could not be closed.  Mrs D was then taken into intensive care where she remained for several days and where she underwent further operations, which included a tracheostomy (a tube that is inserted into the windpipe to enable breathing).

Mrs D was discharged home approximately one month after her admission.  Her VAC dressing was still in place.  Since going home, she has not recovered well.  She has been advised that it is unlikely that her colostomy will be reversed as it carries risks and so she is likely to have it permanently.  She has developed an abdominal hernia and again she has been advised that it cannot be repaired surgically.

She continues to experience persistent and disabling pain to the right side of the abdomen and her abdomen is extensively and permanently scarred. Her abdomen lacks any muscular tone; her naval is now situated to the right of her abdomen, bearing no resemblance to where it should be. She has also developed a significant psychiatric reaction, diagnosed under the umbrella term “dysthymia”. This leads to poor body image, low self-esteem, low mood, a constantly changing emotional state, disturbed sleep and social withdrawal. 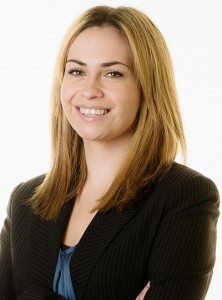 Mrs D contacted Graysons to see if she could pursue the hospital for compensation as she believed it had been negligent, and Nikki took up her case.  Nikki contacted the hospital, claiming breach of duty, in that it had, amongst other things, failed to:

The hospital admitted breach of duty and agreed that the original laparotomy would have been avoided had it not breached that duty.  However, it denied that the subsequent laparotomy would have been avoided. Nikki issued court proceedings, confident of success.  However, the hospital trust decided to settle the case and Nikki was able to negotiate a settlement of £200,000.

If you have received medical treatment that you think was substandard, contact our experts now to arrange a free of charge meeting in which we can discuss your case. You can also find out more about claiming compensation for negligent surgery on our website.