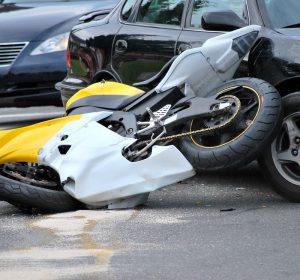 Mr T was on his way to see his GP, riding his 125cc motorbike when he hit a car that drove in front of him.  Wearing full jacket, gloves and helmet, Mr T was driving at about 20 -25 miles per hour when the car pulled out of a side road into his path and he hit it.  He was thrown about 20 feet and then fell to the road.

An ambulance was called and Mr T was taken to the A & E department at Rotherham hospital where he was assessed.  Fortunately he had not sustained any injuries to his neck or head, but he had injured his wrists, ankles and thighs.  He sustained cuts and bruising to ankles and thighs but broke his left wrist which needed open operation to insert a plate into the wrist.  He underwent a reduction and internal fixation (ORIF) operation the following day.

Mr T’s wrist took some time to heal.  He had to take approximately 4 weeks off work and then return on light duties.  He was unable to help with most domestic chores for around 8 weeks and couldn’t drive for 5 – 6 weeks. His motorbike was written off and he says he will never ride again.

As well as the physical injuries, Mr T suffered travel anxiety for which he was required to see a clinical psychologist. 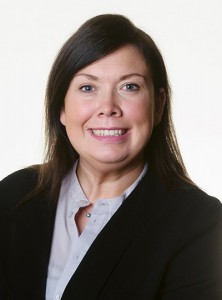 Mr T contacted Graysons to see if he could claim compensation and Amy Jo took up his case.  She contacted the defendant’s insurers and was able to settle his claim for just under £14,000 without going to court.  She was also able to negotiate an interim payment before final settlement which helped Mr T overcome his loss of pay.

If you have been involved in a road traffic accident, contact one of our personal injury experts now.  We will assess your case and let you know how we can help.  You can also find more information on out web pages.