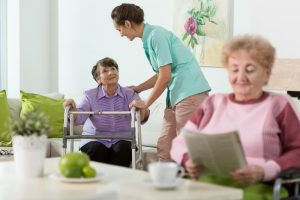 The cap was proposed by the Dilnot Commission in 2011, which suggested that people in England and Wales should not pay more than £35,000 for their care.  This was later raised to £72,000.  The report also suggested that the existing means-tested threshold, above which people must pay for their own care, should be increased from £23,250 to £100,000.

However, what people are not completely aware of is that the cap does not include the whole cost of going into a home.  It is only the cost of care itself that would be capped and does not include the costs of board and lodgings (hotel costs), which can be significant.  Also, the ‘cost of care’  is deemed only to be that which the relevant local authority would be willing to pay.  So, for instance, if the care cost for a self-funding person is £750 a week and the local authority is willing to pay £500 a week, the cap would be reached in 144 weeks.  During this time a self-funding person would pay the £750 a week themselves, totalling £108,000 in care costs plus whatever the hotel costs are – and that can be significant at an average cost of £230 a week.

Given that the average stay in a care home is less than 2 years, many people will never reach the cap in any case.

Top up costs paid by individual

It is estimated that care costs will continue to rise, particularly with the implementation of the national living wage, whilst councils are fighting to keep costs for funded residents down.

Care cap not yet in place

It is important to remember that at present, there is no cap – the last government delayed implementation from 2016 to 2020.  The current government will start new consultations about the cap in autumn this year.

You may be able to protect your home, or part of it, from potential care fee liability. We can offer advice on trusts and estate planning and the possible implications of transferring property out of your name.  Contact our experts now.  We’ll advise you whether this particular action is suitable for your own circumstances and the potential advantages and risks involved.