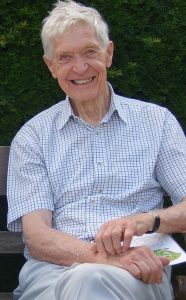 In particular, Graysons would like to thank its founder, Robert, and his sons, Gordon and Derek, who were all active servicemen. Without them, Graysons would not be the firm it is now.

Robert Grayson qualified as a solicitor in 1914.  During WWI he served in the Royal Navy Volunteer Reserve Anti-Aircraft Corp first as an ordinary seaman and then as a Chief Petty Officer.  He then joined the army becoming a lieutenant and serving in France as a gunner.

Following the war, Robert resumed practice as a solicitor and set up Graysons as a sole practitioner in 1925.

Robert married Kathleen in 1923.  Gordon was born in 1924 and Derek in 1927.  The family lived in Brook Hall, Mickley Lane, Sheffield, and were well known in the area.

Gordon won a scholarship to study classics at Cambridge University in 1942, but his education was interrupted by the war and he was drafted into the navy under the ‘Y’ scheme, which recruited educationally qualified young men of potential officer material.  He remained in the navy until the end of the Second World War.  During this time, Gordon was involved in convoys that took planes, fuel and food from Scotland to Russia to help the war effort on the Eastern front.  Many seamen perished in the winter convoys and Gordon was himself torpedoed twice.  He was later awarded the Arctic Star for his extraordinary actions in the face of danger aboard during his career. Following the war, Gordon returned to Cambridge and studied law.  He then commenced his legal career at Graysons, first as a solicitor and then as a partner. 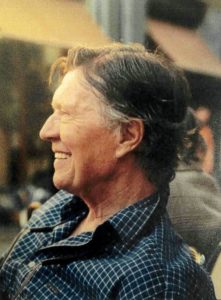 Gordon was later joined at the firm by his brother, Derek, who had also attended Cambridge.  Following qualification, Derek did his national service in the navy as an ordinary seaman, where he served on H.M.S. Ajax in the Mediterranean and was involved in the Haifa Patrol: limiting the number of immigrants entering the newly formed country of Palestine. He and Gordon were joint senior partners for many years.

When the brothers joined the firm, it became Robert B Grayson and Sons.  We are proud of the deep-rooted family values and ethics on which Graysons was established and which continue as a result of the beliefs and standards we have inherited from Robert, Gordon and Derek.

Of course, the current coronavirus lockdown means there will be no street parties to celebrate and remember VE Day as was originally planned.  However, it is a bank holiday and several of our staff will be remembering Gordon, Derek and Robert, and everyone else who was involved in WWII, by having their own garden parties whilst observing social distancing rules.  We hope you can remember in some way too.