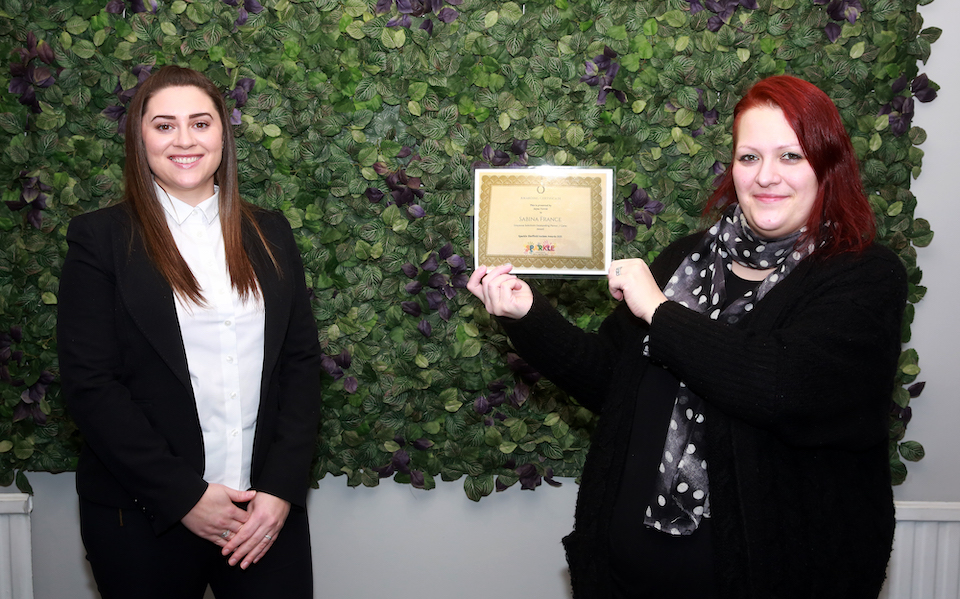 ‘Selfless’ Sabina France – whose son Jake has complex needs which also include ADHD and learning difficulties – has been awarded the Graysons Solicitors Outstanding Parent Carer Award at the coveted Sparkle Sheffield Autism Awards 2021.

As well as providing round-the-clock care for her son, she has also found time to ensure events at her local church are both special educational needs (SEN)-friendly and accessible to children with autism.

Katie Birch, a private client advisor in the wills and probate department who worked with Sparkle Sheffield on the awards, said: “There were some inspirational people on the shortlist but Sabina’s story truly stood out. She was a worthy winner.”

Sabina France was also noted for going out of her way to help other mums with SEN children and ensuring families with autistic children have access to food banks.

The Sparkle Sheffield Autism Awards 2021 were held virtually due to the pandemic and included a host of household names announcing the prizes. Ice skating star Jayne Torvill announced Sabina France as the winner of the  Graysons Solicitors Outstanding Parent Carer Award.

The awards were hosted by Adrian Lester and Mina Anwar.

As well as being a key member of the wills, estates, trusts and elderly client services team at Graysons, Katie Birch also helps spearhead much of the firm’s fund-raising activity. She works closely with Sparkle Sheffield, Bluebell Wood, St Luke’s Hospice and other charities. She has provided free wills advice sessions and hosted events highlighting the importance of powers of attorney and trust arrangements.