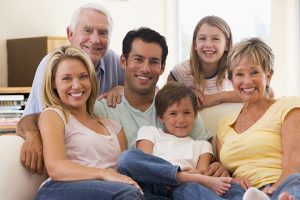 A valid will must be signed by the testator (the person making the will) in the presence of two independent witnesses, over the age of 18, who must be present at the same time.  Both witnesses must see the testator and each other sign the will.  They do not need to see what is in the will. A witness should not be a beneficiary, or spouse or civil partner of a beneficiary, to the will.  If they are, they will lose their right to inherit whatever has been bequeathed to them in the will.

In the case of Professor Whalley’s will, there were four witnesses. The first two signed the front page of the will and dated it 4 May 2018, the day after Professor Whalley had signed it.  Whilst they both said they had seen him sign it, it transpired that they had done so separately and not in each other’s presence and so this witnessing was invalid.  The second two witnesses had signed the back of the will and their signatures were dated 3rd May 2018.  Probate was granted in February 2019 on the basis that both of these witnesses submitted affidavits to court stating that they had witnessed the will correctly.

The British University claimed that the second two signatures were also invalid as they had been added after the date the will  was written by Professor Whalley, despite being dated 3 May 2018.  One of the two witnesses then admitted that his affidavit was untrue and he had not attended a meeting at which he said he had signed the will.  The judge declared the 2018 will invalid and revoked the grant of probate in respect of that will, finding in favour of the British University of Dubai in accordance with the 2012 will.

The second case, Davie v Bailey, emphasises the importance of ensuring that your will is up to date and that amendments have been made where necessary.  Alan and Margaret Bailey were married but had no children.  They had each made wills in which the other was the sole beneficiary and executor.  Margaret died in January 2019, aged 71, and Alan inherited her estate. He went to a solicitor with a view to making a new will but was unsure about certain aspects of his estate and didn’t get round to completing it.  Sadly, Alan, also aged 71, died in May 2019, just months after his wife and before he had executed his will.  This meant that he had died intestate, and the rules of intestacy dictated that his estate was to be distributed to his siblings and the children of a deceased sibling. 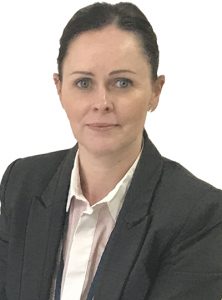 Under the intestacy rules which applied to Alan’s estate, Margaret’s siblings were to receive nothing and sought to have the purported death bed wishes of their sister enforced.  Margaret had made a MacMillan Cancer Support checklist in which she had included a reminder to Alan to make a new will and information relating to two cash gifts and a gift of the matrimonial home to Margaret’s siblings.  Margaret’s sister said that after Margaret had died, Alan gave her the deeds to the house and said that he and Margaret wanted her to have the house.   At court, the judge found that the supposed deathbed gifts failed, as both Margaret and Alan’s intentions were unclear, and, whilst he had sympathy with Margaret’s siblings, he said that “such sympathy cannot justify the court attempting to fit the facts into strict legal requirements if objectively those requirements are not made out.”

Despite discussing what their actual wishes were, Margaret and Alan had not made any amendments to their wills to ensure that those wishes were carried out and sadly, Alan had not got round to ensuring that his new will was executed.  The result was that the people they wanted to support with an inheritance – which included Margaret’s sister, who had helped to look after her when she was dying and supported Alan after her death, actually got nothing. There are several reasons why you might consider making amendments to your will and these include:

You cannot change a will simply by amending it yourself.  Overwriting your will yourself will render it invalid. It must be changed by adding a codicil or by writing a new will.

If you wish to make or amend a will, contact our experts now.  We will be happy to discuss your own situation and advise on the best options for your individual circumstances.