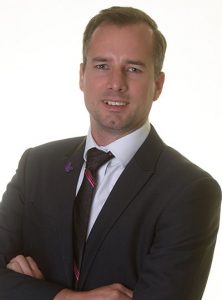 John Scarle, aged 79, and his wife, Marjory, aged 69, both died of hypothermia in their home in Essex sometime between 7th and 11th October 2016.  They did not have a will so inheritance would be based on the rules of intestacy. They both had children from previous relationships.

In such cases, where there is no will, jointly owned assets will be inherited by the blood family of whichever of the couple survived longest.  Marjory’s daughter wished to rely on the normal legal presumption that the older person had died first – in which case she and her brother would inherit.  However, John’s daughter wanted to prove that her stepmother had, in fact, died first by proving that her body was more decomposed that her husband’s, a fact that was confirmed by several pathologists.

The judge in the case, Philip Kramer QC, ruled that it was not possible to determine who had died first as the couple were found in different rooms in the house which had different ambient temperatures.  Therefore, he determined that the rarely used section 184 of the Law of Property Act 1925 should prevail and it should be presumed that the oldest person had died first. Marjorie’s family inherited the whole estate.

“This case is a sad reminder to people about how important it is to make a will, especially upon second marriage when there are two families to consider.  I am sure that John and Marjory Scarle would not have wanted their families to battle over the estate they left and would have wanted both to benefit from it.  Unfortunately, in this case, only Marjorie’s family could inherit the whole joint estate, whilst John’s daughter was left with a legal bill of £170,000.  All of this could have been avoided if the couple had taken professional advice and drafted a will that would have made it clear what their wishes were”.